Prescription Drugs and the Hidden Epidemic of Addiction in America 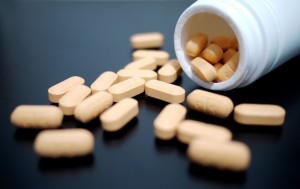 For many people, when they hear the words drug addict, the image that springs to mind is of a desperate, unhealthy, and ruined individual who lives on the streets. While this is an unfortunate reality for many people who suffer from drug addiction, there are also many others for whom these stereotypes don’t apply.

There is a largely hidden epidemic of drug addiction in the USA, and the sufferers are those you would often least expect. Across the country, millions of people of all ages and from all walks of life have found themselves dependent on or addicted to prescription medications.

Although these people may not fit the traditional description of a drug addict, the damage that is being done to their health and relationships can be just as devastating as that of an addiction to an illegal street drug.

What Prescription Drugs Cause Addictions?

There are a large number of drugs that are commonly prescribed by doctors that can result in the development of an addiction. The three main types are opiates, sedatives and stimulants.

Opiates are generally prescribed as strong pain relief for those with serious injuries or during recovery from major surgery. Commonly known opiates include oxycodone, morphine and codeine, all of which are sold under a multitude of different brand names by different drug manufacturers.

Sedatives, which are also known as tranquilizers, are most commonly prescribed for people who suffer from insomnia or anxiety and for people who have experienced some sort of emotional trauma. They can be benzodiazepine class drugs such as Valium, barbiturates such as Nembutal, or newer sleep aids such as Ambien.

Stimulants are the medications that are prescribed for the treatment of ADHD. Two of the most widely prescribed of these stimulants are dextroamphetamine and methylphenidate, which are sold under brand names like Ritalin and Adderall. Stimulants are often used by non-ADHD sufferers to help with work or study.

How Do Prescription Drug Addictions Develop?

The unfortunate reality of prescription drug addiction is that it often occurs as a result of taking medication that has been legally prescribed to a person by a doctor. Usually, they are prescribed to help a person through a painful or difficult recovery from a physical or emotional trauma.

While not every prescription drug will lead to addiction, especially when taken only as prescribed by the doctor, it is becoming more common for people to take more than the recommended amount without realizing that this could lead to a dangerous addiction.

It’s often not until a person tries to stop taking the prescribed drug that they find that they are unable or unwilling to stop. This is because, despite being legally available medications, they are still as highly addictive as the illegal street drugs which ruin so many lives.

What Are the Health Risks of Prescription Drug Addiction?

The abuse of prescription drugs can have many negative health effects which become more serious and detrimental the longer the addiction persists for. Issues include respiratory and heart problems as well as the development of mental health issues such as depression and paranoia. They can also cause people to neglect their overall health and increase the risk of serious accidents.

The most serious risk is death from an accidental overdose. The nature of addiction means that people will require more and more of the drug to achieve the same effects, and this can lead to a toxic buildup of the drug resulting in death.

Can Prescription Drug Addiction Be Treated?

Prescription drug addiction can be treated in the same way that addiction to illegal street drugs is treated. This generally involves a residency in a drug and alcohol treatment facility that is experienced in treating this type of addiction, such as Pacific Ridge in Oregon.

The first step in the treatment is going through the physical detoxification and withdrawal from the drug. This can be a difficult and distressing time, and it’s safer and easier to do it under the care of medical professionals. In the case of some prescription drugs, withdrawal can even provoke seizures and respiratory issues and shouldn’t be attempted without medical assistance.

Treatment may involve the use of other medications such as Suboxone to reduce the negative side effects of withdrawal. Treatment will also focus on the emotional and mental aspects of addiction, as well as provide a person with strategies to cope with everyday life and reduce the likelihood of the addiction resurfacing.

If you suspect that you or one of your loved ones may have developed a dependence on or addiction to a prescription drug, then it’s important to seek treatment as soon as possible. Although it may be a difficult thing to face, delaying treatment may increase the addiction and make treatment more difficult in the future. Don’t hesitate to reach out to a professional drug abuse counselor today.

Are you looking for help?

Pacific Ridge is a residential drug and alcohol treatment facility about an hour from Portland, Oregon, on the outskirts of Salem. We’re here to help individuals and families begin the road to recovery from addiction. Our clients receive quality care without paying the high price of a hospital. Most of our clients come from Oregon and Washington, with many coming from other states as well.

Pacific Ridge is a private alcohol and drug rehab. To be a part of our treatment program, the client must voluntarily agree to cooperate with treatment. Most intakes can be scheduled within 24-48 hours.

Pacific Ridge is a State-licensed detox and residential treatment program for both alcohol and drugs. We provide individualized treatment options, work closely with managed care organizations, and maintain contracts with most insurance companies.