4 Things You Should Know About How Alcohol Affects Your Brain 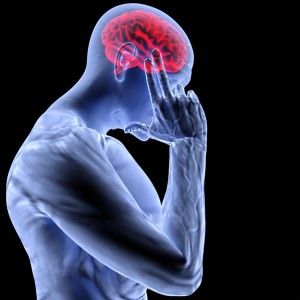 Your brain is the ultimate command center of your physical body. Each section of your brain has its own specific job to do — keeping you and your body functioning normally.

The various lobes of your brain regulate everything from your conversational speech to any desires you entertain. When the human brain is under the influence of alcohol, both the ability to speak clearly and the good sense to use caution may be lost.

To fight your own alcohol use disorder, you need to know what you’re fighting. When it comes to battling alcohol, you’re battling your brain and the various chemicals that act upon it. You’ll find more information below about the ways alcohol affects your body’s command center.

1. Every Brain and Experience Is Different

The long-term effects of alcoholism on the brain is clearly demonstrated among most alcoholics. However, there is no one-size-fits-all scenario to describe what happens to every alcoholic’s brain.

Some people have a genetic makeup that protects their brain from alcohol’s effects — even when they drink heavily. Other people with alcohol use disorder have health risks that increase brain damage due to long-term alcoholism.

Your current age — and the age you were when you first began abusing alcohol — will affect any brain damage you suffer due to the misuse of alcohol. Other factors that influence alcohol-related brain changes include the extent of the drinking problem, a family history of alcohol addiction and fetal alcohol syndrome.

2. Long-Term Alcohol Use Changes the Brain

Your brain is highly vulnerable to the effects of alcohol in both the short and long term. Most people understand the short-term effects of the overconsumption of alcohol — even in people who are intoxicated for the first time.

Slurred speech and stumbling are symptoms of alcohol’s immediate effects on the brain. To anyone observing these behaviors in a drunk person, it’s obvious that the areas of the brain responsible for speech and motor coordination are impaired when a person is intoxicated. The effects disappear when the person becomes sober again.

Long-term damage to the brain from alcoholism is not so easy to recognize. Shrinkage of some areas of the brain has been noted in alcoholics for some time, although there’s no solid evidence to explain why this happens. This shrinkage is called atrophy, and it affects the cerebral cortex.

Your cerebral cortex is the information processor of your brain. It impacts functions including your motor function, sensory-stimuli processing and your personality. Over time, damage to the cerebral cortex can lead to difficulty writing, memory loss and changes in personality.

3. Dopamine Levels Are Irregular After Quitting

Dopamine is a chemical messenger known as a neurotransmitter. It delivers messages to your neurons and affects your feelings of pleasure and motivation.

The neurons in a part of your brain known as the striatum are loaded with dopamine receptors, so they’re very sensitive to the effects of the chemical. Dopamine acts on these receptors in two ways — depending on whether they are D1 or D2 neurons.

D1 neurons are those that tell you to do something or take an action. When stimulated, D1 neurons give you a feeling of confidence in what you are doing.

D2 neurons are those that influence you to avoid a behavior or action. When stimulated by dopamine, the D2 neurons don’t work as they should to inhibit behavior. Instead, their limiting effect on behavior is suppressed under the influence of dopamine.

The D1 neuron is like a gate with the D2 neuron as the guard. Alcohol consumption floods these dopamine-receptor neurons with the neurotransmitter. Under a dense dose of dopamine, the gate stays open and the guard is tied up.

Alcohol dependence over time causes a reduction in D1 receptors, which reduces the ability to feel pleasure and other sensations. Alcohol misuse also can lead to a reduction in the dopamine recycling system in your brain.

4. Researchers Use the Brain to Innovate Recovery

Researchers are studying ways to use what they know about the brain and alcohol to treat recovery. In recent studies, scientists have experimented with ways to influence the dopamine pathways in the brain to reduce physical dependence.

In one study that used mice, a genetically engineered virus was used to turn the D1 and D2 receptors into switches that shut off and on under controlled conditions. A protein expressed by the genes in the virus acted to turn the receptors on and off.

If researchers can develop a medicine that safely manipulates the D1 and D2 receptors, then they may be able to help people use their brains to limit alcohol use. Scientists are conducting research on the influence of other areas of the brain to aid in recovery. As research progresses, it may become easier to beat alcohol use disorder by working with the body’s command center.

Pacific Ridge provides a great start to your alcohol recovery goals. Contact us today to learn more about modern treatment methods for alcohol use disorder.

Are you looking for help?

Pacific Ridge is a residential drug and alcohol treatment facility about an hour from Portland, Oregon, on the outskirts of Salem. We’re here to help individuals and families begin the road to recovery from addiction. Our clients receive quality care without paying the high price of a hospital. Most of our clients come from Oregon and Washington, with many coming from other states as well.

Pacific Ridge is a private alcohol and drug rehab. To be a part of our treatment program, the client must voluntarily agree to cooperate with treatment. Most intakes can be scheduled within 24-48 hours.

Pacific Ridge is a State-licensed detox and residential treatment program for both alcohol and drugs. We provide individualized treatment options, work closely with managed care organizations, and maintain contracts with most insurance companies.